The rally has entered its third month, although the intraday range of the daily bars remains very tight. There was some weakness today, mostly on the Russell 2000, which reversed off its 200-day MA.

The Russell 2000 reversal was a fairly picture perfect move off 200-day MA resistance. Shorts may want to take a sniff at this as the MACD prepares to trigger a ‘sell’. One point to add is that ROC is firmly on the bearish side of the market and has been relatively immune to the gains in price.

The Russell 2000 is lingering along declining resistance just above its 200-day MA. As with other indices there is a MACD trigger ‘sell’ in the making. 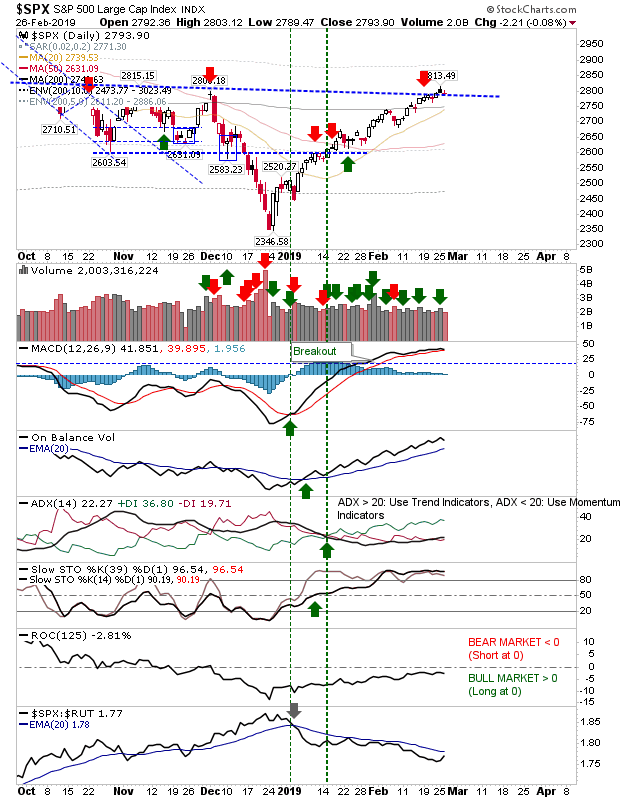 The Nasdaq hasn’t yet undercut the 200-day MA after edging above this moving average last week. I have left the ‘buy’ signal on the chart but would probably want to set the stop on a loss of the 200-day MA. 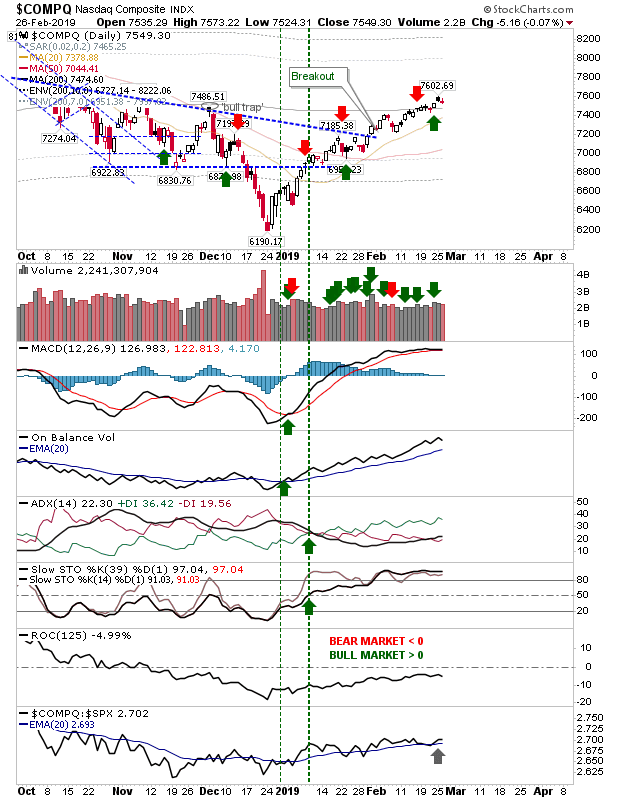 The other index to watch is the Semiconductor Index. Monday saw a bearish ‘black’ candlestick which was confirmed by today’s gap down. Look for a move back to channel support which is also running close to the 20-day MA. 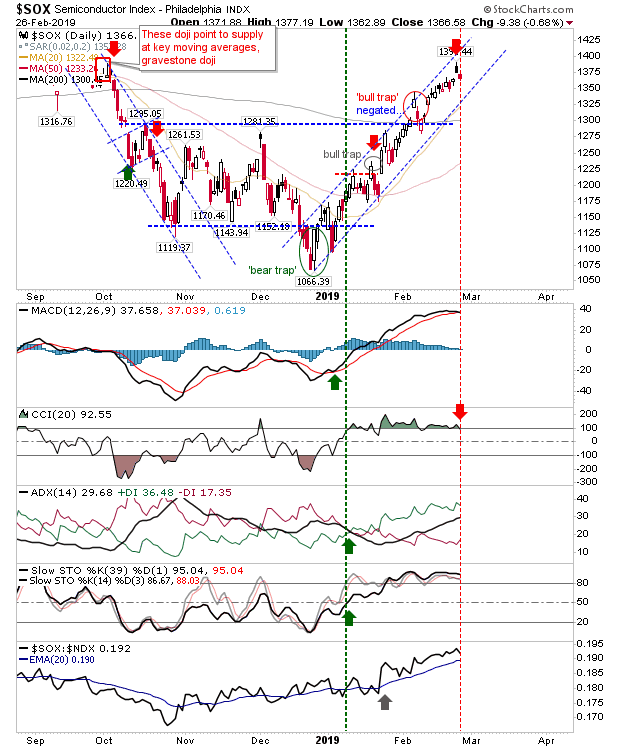 For tomorrow, shorts can take a look at the Semiconductor Index but other indices – while trading around resistance – haven’t done a whole lot to turn net bearish. MACD trigger ‘sells’ will probably be the first signal traders in indices like the S&P and Dow Jones Industrial Average will act on.

—
Accepting KIVA gift certificates to help support the work on this blog. All certificates gifted are converted into loans for those who need the help more.

Investments are held in a pension fund on a buy-and-hold strategy.