> Home / Uncategorized / USD/CNH rises after China not labeled a manipulator

The semi-annual US Treasury currency report was released yesterday and, once again, China was not labeled a currency manipulator in it. The report added that currently no country meets the requirement to be labeled as one. However, the report said that nine nations had been put on the monitoring list, namely China, Germany, Ireland, Italy, Japan South Korea, Malaysia, Singapore and Vietnam. India and Switzerland, who had been on the previous watch list in October, were removed. In his 2016 campaign, one of Trump’s stances was to have China labeled as a currency manipulator as soon as he took office. So far, no luck.

USD/CNH rebounded from intraday lows after the report was released, effectively laying the blame for USD/CNH’s rally during May squarely on a strong US dollar, rather than a weak yuan. The FX pair is now at 6.9284 and has yet to reach the 2019 high of 6.9492 struck on May 17, which would become an immediate resistance point.

But don’t short the yuan

Another official from China’s Banking and Insurance Regulatory Commission (CBIRC) has come out warning speculators about shorting the yuan. Today it was the Chairman Guo Shuqing said the China has sound economic fundamentals which would imply the yuan will not see continuous depreciation. As a result speculative short yuan positions will “surely lead to a huge loss”, as Xinhua News reports. Recall on May 26, spokesman Xiao Yuanqi said exactly the same thing, only this time it’s come from “higher up”.

UK press has reported that UK Brexit Minister James Cleverly has joined the race to become the next UK Prime Minister when Theresa May stapes down next month. That brings the total number of candidates to 11, according to reports. The majority of the candidates have hard-Brexit leaning tendencies, with Boris Johnson probably the most steadfast.

GBP/USD has given back almost all the gains made on Friday after May’s departure timeline was announced as is flirting with the 78.6% Fibonacci retracement level of this year’s rally at 1.2654. The FX pair is little changed today at 1.2658 but is the worst-performing currency in the G-10 space against the US dollar this month, down almost 2.9%, closely followed by the Australian dollar.

While the German unemployment rate is expected to remain steady at 4.9% in May, the employment change is seen negative for the 24th consecutive month. This month it’s seen a -8,000, according to the latest survey, after a 12,000 drop in April. Speeches from Bundesbank President Weidmann and ECB’s Mersch complete the European calendar.

The main event of the North American session will be the Bank of Canada’s rate decision. Widely expected to leave rates unchanged at 1.75%, the accompanying comments about the global economy and its impact domestically will be carefully monitored.

The full MarketPulse data calendar can be viewed at https://www.marketpulse.com/economic-events/ 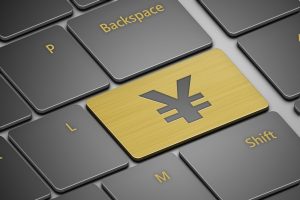