Most of us are probably not as enthused by Monday mornings, as we are waking up late on Sunday mornings; let’s be honest. Another five days, (plus emails and productive out of hours “conference calls”), of graft at the dystopian coal face of the financial markets, lies ahead.

Not being a purveyor of the 5 am workout followed by a salt-free, free-range, fair-trade, organic, conflict-free soya latte and avocado toast, I prefer to ease into Monday’s, collecting the participation certificate rather than the gold medal. Asian markets will not have that optionality this Monday, with Sterling likely to be front and centre from the theoretical get-go at 5 am Sydney time.

Yesterday’s Brexit deal breakthrough set the pulses racing as well as Sterling, which rocketed higher to 1.3000. Reality hit not too much later as the Democratic Unionist Party (DUP), whom incidentally, the minority government rely upon in Parliament to stay in the job, said they wouldn’t vote for it. Sterling promptly fell back to 1.2800 as the FOMO trading lemmings, ruled the roost.

PM Boris Johnson must take his newly minted Brexit agreement to Parliament and get them to vote for it at this Saturday’s special sitting. It is by no means guaranteed the necessary votes would be forthcoming at this stage, and it is just as likely it will be defeated, sending us back to Brexit square one.

My point here is that if we saw 200 point moves up and in down in Sterling during London hours, which have the world currency market’s deepest liquidity; what is going to happen to Sterling at 5 am Sydney on Monday morning? Even on a typical Monday, liquidity is a dirty word at that time of the day/week for currencies. Whichever way this vote goes on Saturday, investors and traders should prepare themselves for some severe volatility on Monday morning, with multiple big-figure moves a strong possibility.

Wall Street continued to defy the harbingers of economic doom so prevalent last week, with another healthy earnings day led by Morgan Stanley. The S&P 500 is now only a touch away from all-time highs and in actuality, has not been far off it in percentage terms for quite some time. Hardly the conditions that the Federal Reserve needs to consider appropriate for another rate cut at the end of the month. Corporate America is keeping its head above the water quite nicely thankyou. Importantly, positive earnings have been led by the banks. Love them or hate them; they are the heavy-duty grease that keeps the bilge pimps of the economy turning. Without them, you take on water and eventually sink.

Yes, there could be a trade-war induced recession next year. But I would prefer a Federal Reserve cutting rates from 1.75% to offset it, instead of wasting its ammunition earlier, like nearly every other advanced economy central bank appears to have done.

Asia’s slow week on the data front comes to an abrupt end today. Japan has already published benign inflation data, suggesting the nirvana of two per cent inflation is as far away as it has been for the last 30 years. It follows a massive drop in non-oil exports yesterday by Singapore.

All eyes will be on China though with the release at 1000 SGT of official GDP (exp 6.1%), Industrial Production (exp 5%), and Retail Sales (exp 7.8%). The headline GDP number will be the most closely watched of the three for signs that the trade war is taking its toll. A print sub-six per cent is unlikely from official government data but would weigh heavily on regional markets if it did. A fall in industrial production would be equally worrying. A higher retail sales print though could offset that fall-out by implying that services are taking up the slack.

We can cut the data the ways. The bottom line is that the market will be looking for signs of a trade-war induced slowdown. A poor outcome will weigh heavily on regional stock markets and currencies. An on target or better print will reinforce the positive sentiment coming from Wall Street overnight.

Investor sentiment was strong on Wall Street overnight following another strong earnings session, led by Morgan Stanley. The S&P 500 rose 0.28%, the Nasdaq rose 0.4%, and the Dow Jones rose 0.1%. Last week’s nervousness about the earnings season has rapidly disappeared from the short-term memory of most it seems.

Brexit volatility looks means another busy day for the FTSE in London with the index and Gilt yields moving inversely to the Sterling. This market is probably for fast money only today ahead of the weekend’s vote.

Asia stock markets have jumped on the Wall Street bandwagon with the Nikkei, Kospi and Hang Seng all up over 0.50% this morning. Gains will be limited from here until we get the China data dump at 1000 SGT which, depending on the outcome, will set the region’s tone for the remainder of the day.

The dollar sagged overnight in the face of a positive investor tone, causing a rotation out of US treasuries and dollars and into other higher risk-seeking assets. The dollar fell notably against the Euro and the GBP following the Brexit deal announcement. The Euro rose 0.50% to 1.1115, and the dollar also fell against the Swiss Franc, down 0.7% to 0.9875.

The Antipodean’s both had their best days in a few weeks, buoyed by yesterdays Australian unemployment data and the positive overnight sentiment from North America. The AUD rose 1.0% to 0.6820, and the NZD rose 0.9% to 0.6350. Today’s China data will probably decide whether the rally continues or now as both have a high correlation to China trade.

A substantial risk for GBP exists with Parliament sitting and voting on the lasted Brexit deal tomorrow when financial markets are closed. Depending on the outcome of the vote, GBP has the potential to substantially gap higher or lower on the Monday open in early Asia. Having heavy positioning in GBP into the weekend will look either brave or foolhardy come Monday’s opening. Experience tells me it is the latter usually.

Oil moved into selective recall mode overnight, ignoring the data that didn’t suit its rhetoric and concentrating on the inputs that did. In this case, a massive rise in official US crude inventories to 9.3 million barrels was ignored, with the street focusing on drawdowns in gasoline and distillates.

With earnings and stocks providing a much happier narrative to beleaguered oil bulls, Brent crude rose 1.40% to $59.90 a barrel and WTI rose 2.05% to $54.10 a barrel. The overnight rallies’ foundations are somewhat shaky, with the global supply/demand overhang that has completely unchanged. A change in short-term sentiment will evaporate the overnight rally as quickly as it happened.

Asia sees both Brent and WTI 0.20% lower in early trade as energy markets await the China data. Whether the data is positive or negative will set the tone for oil markets for the remainder of the session.

Gold ranged between %1483.00 and $1497.00 an ounce overnight but had a dull finish, closing 0.15% higher at $1492.00 an ounce. Gold was supported by a weakening dollar that retreated in the face of improving investor sentiment.

Gold will continue to be jostled by forces outside of its control, although with Brexit vote risk this weekend, it should benefit from risk-hedging buyers on any dips in Asian time. 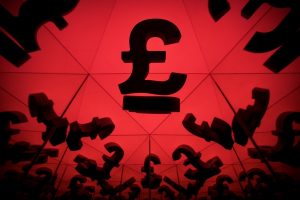 I’ll take one centimetre of snow at Heathrow please